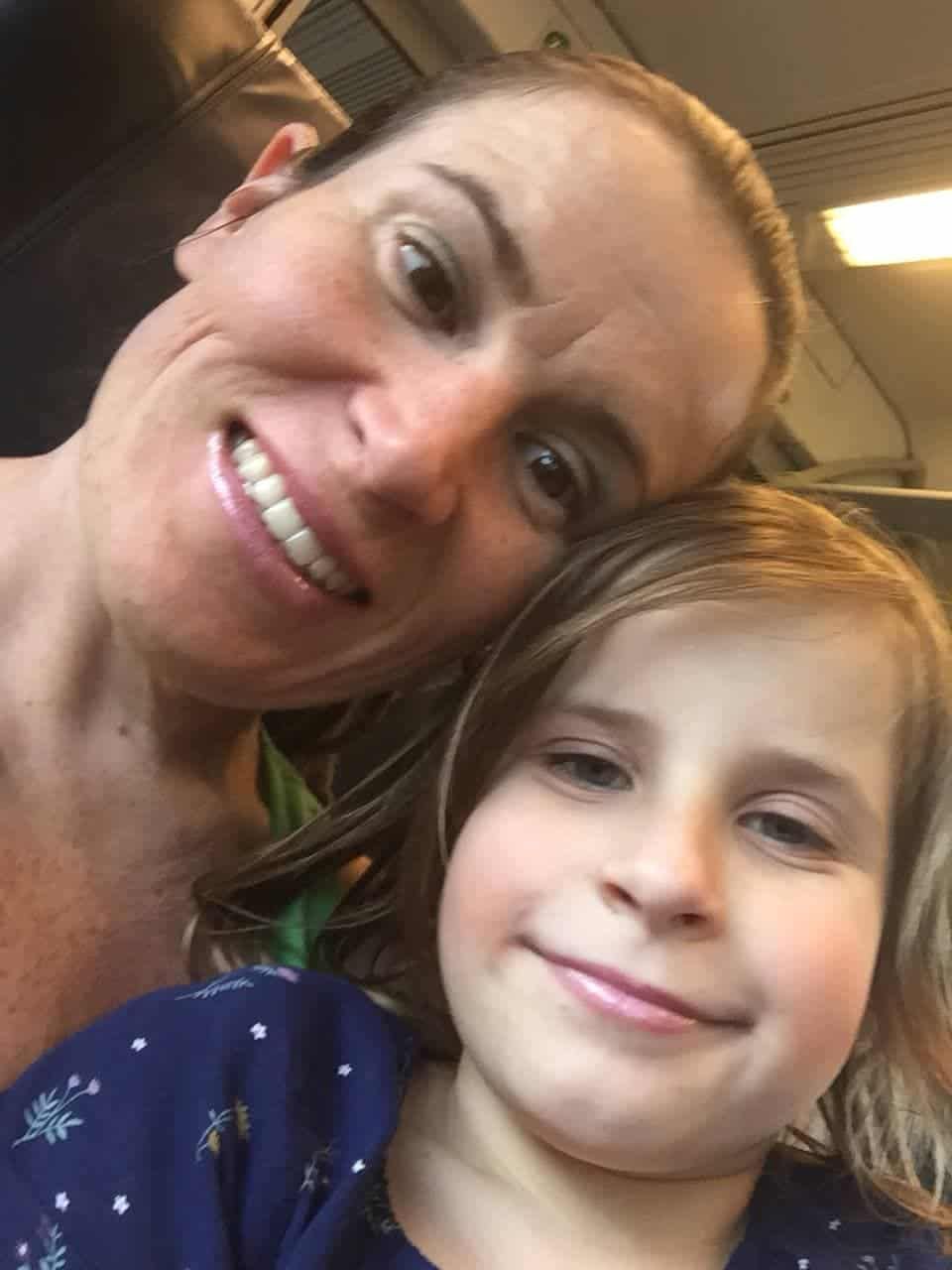 Hi, I’m Justine mum to Beatrix, 8. I worked as a school teacher full time up until I went on maternity leave. We have been home educating from the start as, at around 2.5 years old, I just couldn’t see how Beatrix would thrive in a school environment. She was into everything and had a real need to touch, explore and question everything. I found it exhausting at times, but didn’t want to squash that will from her, as I knew a school setting would. I also knew she’d be labelled as a naughty child, as she doesn’t easily conform or do what she is ‘told’ unless she can see a reason to do something that benefits her, she doesn’t want to do it and why should she? I don’t want to bring her up to be a people pleaser, as I was or to do what she was told just because an adult wanted to assert their power over her.

I was also becoming increasingly worried about what I saw being taught in schools (as I continued to work as a primary school supply teacher) and how adults were interacting with children, teaching them to suppress their emotions and lose their intrinsic motivation by constantly being rewarded for being ‘good’ or being punished for being ‘bad’ when they were just being children! I don’t want this for my daughter and knew she would do better in a different setting.

Funny thing is, being a teacher I had all these wonderful plans about what her home eduction would look like and due to my own social conditioning and indoctrination of the education system, I thought it needed to start in the September she was due to start school. We’d do maths and English in the morning every day and go to a park meet or some other social or educational trip on the afternoon.
After a couple of years of pondering I finally joined my local home education community. I privately messaged a mum I knew of from a local group. I met up with her and her two girls (also never been in school) and we all hit it off immediately. After that we started going to regular meet ups in the Portsmouth area.

On that first day in September when my daughter would have started school, she soon let me know she wasn’t interested in doing what I had planned for her and carried on playing as she was used to doing. The next day was the same and I thought, what am I doing? She’s not interested in learning in the way I think (or rather have been indoctrinated to think) she should learn and if I’m going to try and make her do it anyway, I may as well send her to school!

So I stopped, then and there and have only ever done anything structured when she’s asked for it. It was scary at first, but the more I learnt about how children learn, autonomous learning, and saw other children who were being allowed to learn in the same way, the more I trusted in her to know what she needed to do. Our weekly schedule in the home education community has changed a lot over the past 5 years, we’ve done ice skating, swimming, gymnastics and horse riding lessons. The only one that has stuck is drama, which she has been attending for 3 years now. We’ve visited, castles, national trust sites, farms, zoos, water mills and attended home ed festivals. Last year she went to a week long drama school 10-4pm every day and she loved it! I was concerned she wouldn’t but she absolutely loved it and hasn’t stopped asking when she can go again since! There was a performance at the end of the week and she was the youngest in the group by two years and all the facilitators said how well she did for her age to remember everything for the show. She says drama is her passion. If she’d have gone to school we wouldn’t have found this out so early on. She taught herself to read and despite scepticism and criticism from our extended family (which definitely slowed her progress as they knocked her confidence so much) , she’s now loving being able to read and pick up new words every day. All I had to do was read to her, as I had always done every since she came home from hospital, read to her in bed. She often asks me to read at other times too, which I always do. She loves these times and we have so many books she enjoys, and regularly visit our local libraries where she’s feels very at home. I knew she’d have no problem learning to read when she was ready. This, for some reason is one thing I really had faith in her ability in.

She taught herself to swim by the time she was 4, she loved swimming so much and was a real water baby. So we tried to go once a week, to different pools. Another mum said to me “she swims really well doesn’t she?” And I was stunned…I haven’t even noticed she’d taught herself to swim! We’d just been going there and focusing on having fun in water and I guess her body had done what was natural to do when in water and begun swimming instinctively!

We now go to a group near Liss two days a week where I work as a facilitator, it’s a child led, consent based, democratic set up that works well for meeting my daughters needs. All together we are very content with our chosen way of life and method of education.

Beatrix is becoming a motivated learner, with high self worth, with values that will enable her to grow into a well rounded adult that will be able to contribute to an evolving world of free thinking community members.

Notice:
NCLH is a private grass roots led membership group.
Government agents of any kind are not permitted to be on this site.
We converse with you as man or woman.